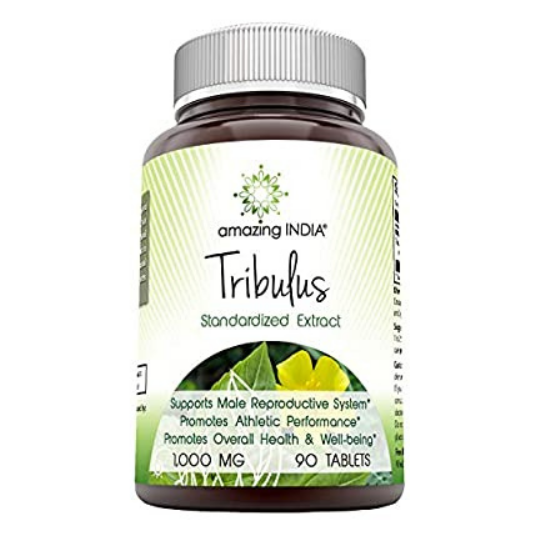 For centuries, Tribulus has been used in Ayurveda for its numerous health benefits. Tribulus is also believed to be an aphrodisiac and a rejuvenating tonic for the body. The natural Phyto-compounds called ‘Saponins’ in Tribulus are believed to be responsible for the potential benefits of the herb.

Tribulus may promote glucose metabolism that helps to protect the blood vessel against damage. It aids in supporting arterial health that in turn promotes healthy blood circulation form heart to other vital organs. *

Tribulus supports reproductive health in men by helping to raise the levels of luteinizing hormone (LH), thus subsequently promoting the function of the male reproductive system. * This may promote the creation of testosterone and healthy libido function. *

Tribulus has become increasingly popular among athletes as it may help to increases strength and stamina. * The active ingredients in Tribulus helps release nitric oxide which in turn increases the flow of oxygen-rich blood to muscles and enables better use of nutrients such as protein. *