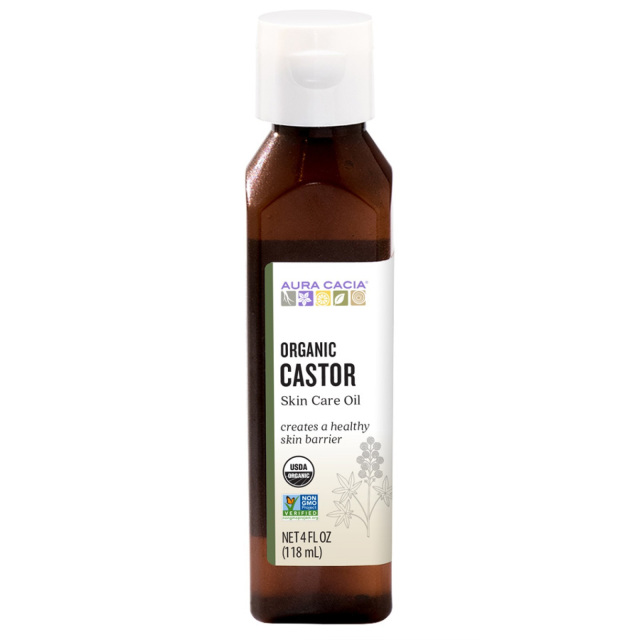 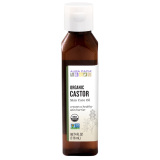 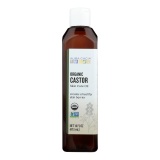 Castor (Ricinus communis) is a strong cleansing oil that’s especially effective in targeted skincare, hair care, and scalp care applications. It is known for preserving moisture while its fatty acids leave the skin feeling nourished. It’s not surprising that this oil has found recent popularity in oil cleansing methods for skincare. Castor oil does well when paired with less viscous oils as it can feel heavy to many skin types. If used as a daily moisturizer, blending with other oils is recommended.

Aura Cacia Organic Castor Oil comes from India which has been the largest producer of castor oil for many years. The oil is cold-pressed from the seeds of the tropical castor plant. Often called beans, the seeds are harvested annually, heated, then pressed to produce the oil.