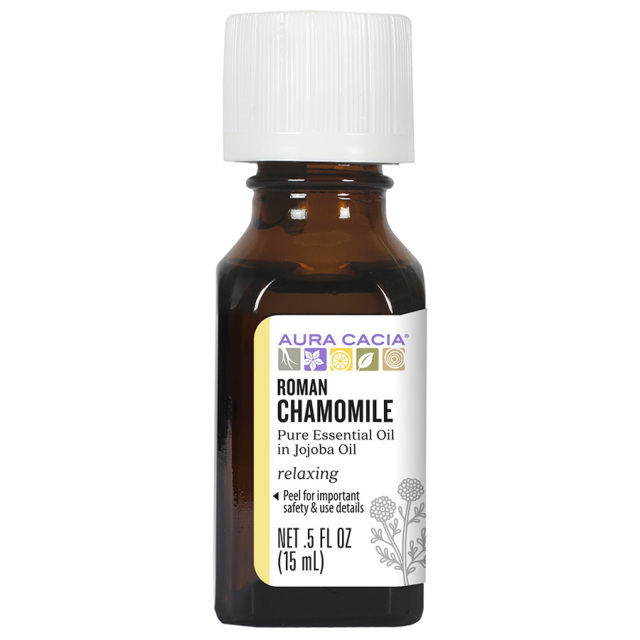 Roman chamomile (Chamæmelum nobile) is known for its soothing nature. It is ideal for times when peaceful, yet powerful, action is needed. Roman chamomile essential oil has a sweet, floral aroma that smells a bit like apples. Fun fact: the Greek name for it translates to “ground apple.”

German and Roman chamomile are related, but very distant cousins. Their flowers look alike but not much else is similar. Roman chamomile grows to 1 foot tall and is a perennial. While also having different chemistries, they do share some attributes and can be used in similar ways.

Aura Cacia Roman Chamomile comes from a cooperative in France. Unlike other oils cultivated in France, this one generally grows better in the slightly wetter northern and western regions.